We picked up what we thought was a car (or at least a small SUV like a Rav 4) in LA. What we got was a large Suburban - felt like a real American :). We drove on a 6 lanes each way freeway from LA to San Diego stopping to go to Legoland. the boys were really excited. Unfortunately due to the rain Legoland was closed. OH&S and public liability kills everything! So we were offered free passes to the Legoland aquarium which was great. The kids particularly liked the giant octopus. the boys misfortune was our gain as we then discovered an outlet mall nearby. I think the boys (mostly Greg) had a ball. 8 pairs of shoes later and some cheap makeup for me and we headed to our hotel in San Diego. 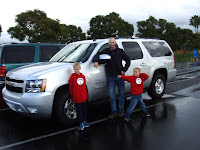 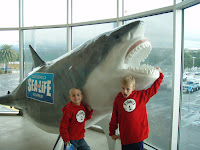 Our next adventure was to visit Seaworld - the home of Shamu (the killer whale) - think Free Willy the movie. It was a rainy day so we donned our plastic $2 raincoats and braved the park. Thankfully the rain kept everyone away. We were able to get on the rides easy and have our pick of seats in the stadiums.﻿ 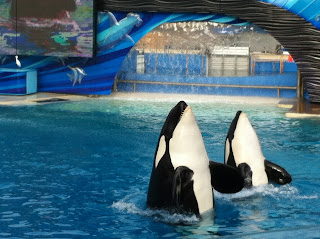 The rain did not dampen our spirits. The next day in San Diego we boarded a trolley tour and visited some of the tourist destinations including the old town, Coronado island (and the Hotel Coronado) and the USS Midway - a naval boat with loads of jet fighters. The boys (particularly Paddy) loved it. Paddy thinks he wants to be a jet fighter piolet when he grows up. 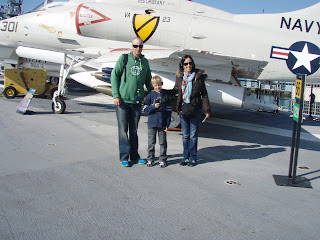 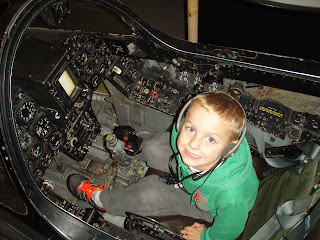 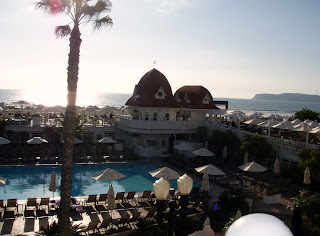 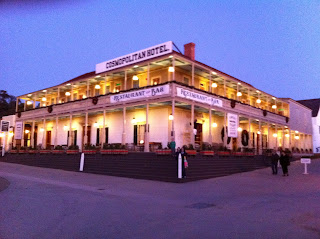 Next stop: Las Vegas Baby!
Posted by The Cant family at 14:09