YAY a long weekend. Family day Long weekend is a big event in Sylvan Lake where many of the locals head to the mountains to go skiing or go further afield to see family but for us it meant spending time together and having family from Australia come and join us. The Aussie accents were awesome to hear and we didn't sound strange to each other. In Sylvan Lake the annual Winterfunfest is held and fun things for all to do around town and on the lake itself. Fiona, Steve, Molly and Henry joined us from Edmonton for the fun.

I thought Greg would have been nominated for sure for the Polar Ice dip where crazy Canadians plunge themselves into a hole carved out of the ice and jump into the freezing water - all for local charities which is awesome - thankfully he didn't, but he was happy to boast he would have done it if he had been nominated. 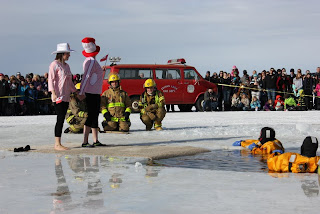 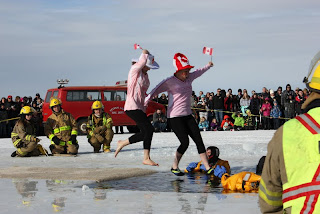 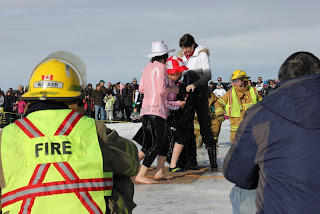 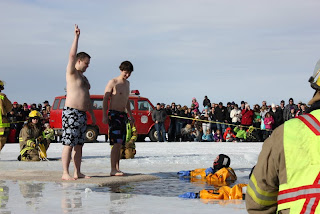 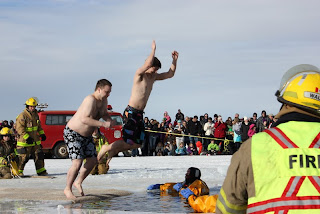 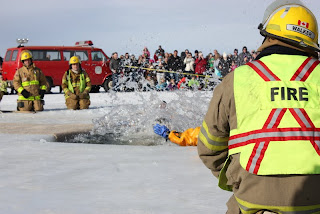 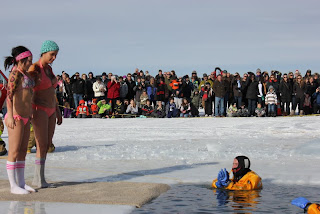 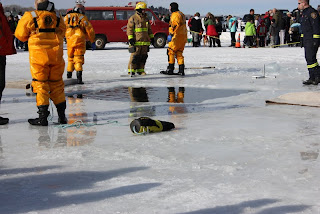 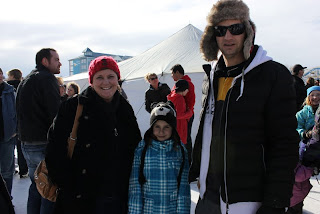 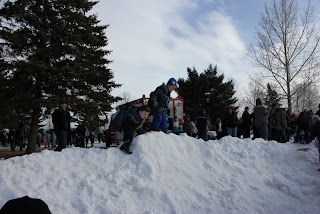 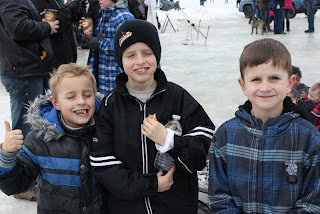 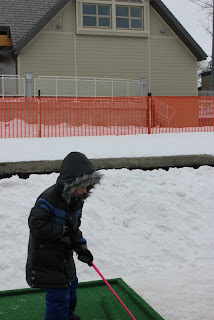 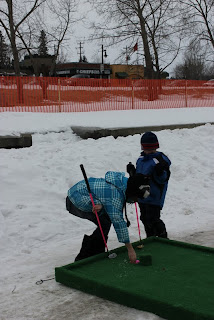 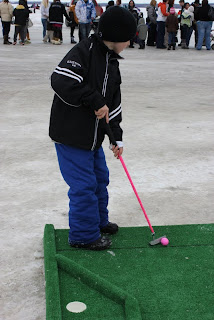 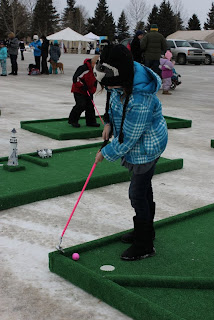 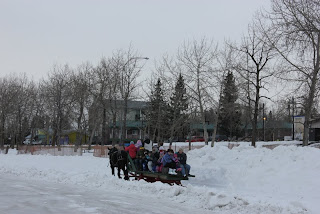 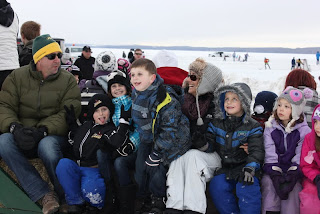 By the end of our time on the lake we were a tad cold so to warm up the kids a quick hot chocolate at the Big Moo saw them raring to go again. 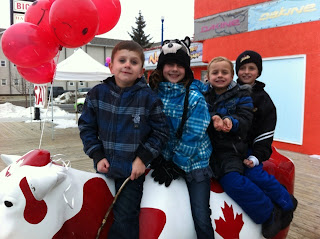 
Then a spot of indoor rock climbing which they all LOVED!!!

We thought they may have been all worn out but they got their second wind and played bed jumping most of the evening.

Sunday saw us relaxing in our PJ's most of the day while the kids played outside in the snow, back in to warm up and back out to shovel the drive ways - only because the neighbours came out and paid them.
Sunday evening a parent from one of the girls in Greg's class took us curling. A game sort of like lawn bowls but big lumps of grantite pushed down the ice and then using brooms to speed it up by sweeping the ice so it glides onto a big target. 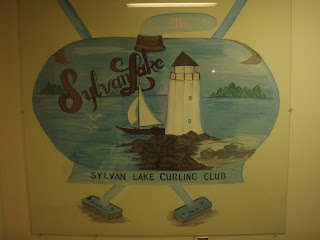 ﻿ ﻿ It was great catching up with Fiona, Steve and the kids and reliving old friendships and stories.
After the family had packed up and left we took a long walk around the neighbourhood and found a new sledding hill, did some snow angels and enjoyed the freshly fallen snow. 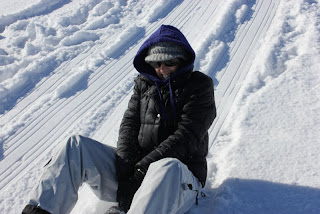 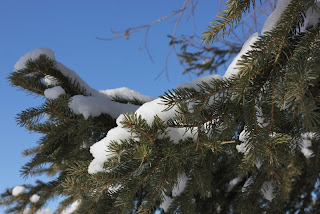 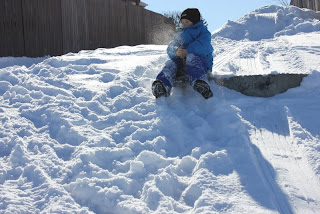 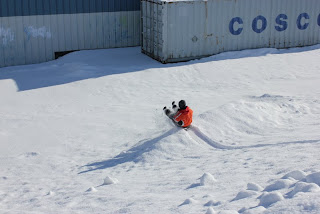